Course descriptions may be found in the
SELF-DEVELOPMENT section of our website CLICK HERE
To register, please email us at: info@somlondon.com
ADVENTURES IN VISIONING, TREATMENT & MEDITATION
6 Wednesday evenings starting September 15.
Course fee: £75 special if paid by Sept. 10; then full course fee of £90. 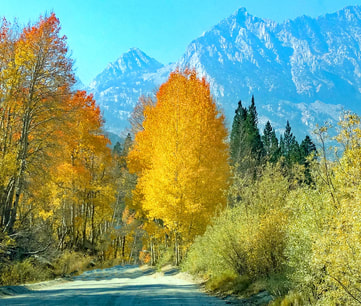 The most well-known are listed below. These notes are taken from the INTRODUCTION TO SPIRITUAL LIVING course taught each February by the Centre for Positive Living.
​Franz Anton Mesmer
Austrian physician and healer (1734-1815). Mesmer, in conducting healings with people first put into a trance state similar to the hypnotic condition, was one of the first to work with the subconscious mind.

Phineas Parkhurst Quimby
Quimby witnessed exhibitions of “mesmerism” given in his native New England and was curious to try his hand at it. In the process he made one clinical and one therapeutic discovery. The first was that in “clairvoyantly” arriving at the patient’s fears, regrets, sorrows, etc., he could impress the patient with his insight so that in explaining the source of the patient’s problem – for example a fear of God’s wrath, inducing depression or illness – the patient’s acknowledged awareness became the healing dynamic. For this Quimby coined the phrase, “The explanation is the cure.” This prefigured the achievements of clinical psychology – specifically, psychoanalysis.

The therapeutic discovery was that he could heal the patient by silent mental means – no outward “explanation,” but rather the understanding that the patient was out of touch, in regard to the illness, with his real or “Christ” self – what Quimby called the “real” man or the “scientific” man – “the Christ within.” Quimby believed that his altogether new science revealed that people are inhabited by beliefs or opinions greatly at variance with their “real” self; that these beliefs work to the detriment of mind and body; and that by the healer’s knowing for the patient his/her true self, devoid of all sickness and malady, the patient could be restored to health.
.
Mary Baker Eddy
Mrs. Patterson (later Mrs. Eddy), healed by Quimby, was his almost adoring enthusiast and advocate. After his death she founded Christian Science, creating a church and organization by that name.

Warren Felt Evans
Warren Felt Evans is famous for a series of brilliant works including what some regard as the first New Thought text, The Mental Cure (1869). He’s widely credited with spreading what we call the “Truth” teaching (“Ye shall know the truth, and the truth shall make you free”). Quimby too called it, “the Truth.”

Emanuel Swedenborg
The beginnings of New Thought have several derivations. One of them is the slow fermentation of the Quimby ideas, the early healing and teaching activities, and the attention paid to Evans’ books. Swedenborgians – a small but influential cross-section of East Coast urban society – saw in the new teachings and practices corroboration of the teaching of the Swedish philosopher and religious writer Emanuel Swedenborg (1688-1772).

Ralph Waldo Emerson
Although Ralph Waldo Emerson (1803-82) is often taken to be a founder of New Thought (which has no founder as such), his is at best a supportive influence. The same intellectual climate that made the New England of his day a sort of New World Athens was breathed by a variety of people, including New Thoughters and Transcendentalists. His influence on the young Ernest Holmes, however, was considerable—but surpassed by later influences.

Emma Curtis Hopkins
Emma Curtis Hopkins (1849-1925) was influential in the rapid spread of her version of New Thought, lecturing and teaching across the United States. The tendency of teachers like Hopkins was to fashion New Thought as remake of Christian Science minus Mrs. Eddy’s authority and organization.

The Brooks sister AND Divine Science
A major branch of Mrs. Cramer’s activity in Denver, under the leadership of three sisters – Nona Brooks (1861-1945), Fannie Brooks James (1854-1914), and Alethea Brooks Small (1848-1906) – was created when the sisters rejected Mrs. Hopkins Christian Science stand on the unreality of matter and embraced Mrs. Cramer’s non-dualistic Law of Expression – the centrepiece of her teaching and her textbook, Divine Science and Healing. Cramer refuted the Christian Science position by positing the Allness of God as consisting of Creator, Creative Action, and Creation – or Being, Action, and Result. This was all-inclusive and left nothing outside the Allness of God. The Brooks sisters promoted Divine Science by reducing Mrs. Cramer’s brilliantly conceptual system to the single proposition of Omnipresence.

Charles and Myrtle Fillmore (Unity)
Mrs. Hopkins’ most notable legacy is Unity School, originally in Kansas City and now in its own Unity Village in Missouri. Co-founders Charles Fillmore (1854-1948) and his wife Myrtle Page Fillmore (1845-1931) had, like Mrs. Cramer and two of the Brooks sisters, both experienced personal physical healing from longstanding illness due to their application of Truth principles. Basing their teaching on a New Thought version of Christianity, they undertook, like Cramer and the Brooks sisters, a healing activity and outreach that flourishes to this day.

The Rix sisters (Home of Truth)
Among Mrs. Hopkins’ many pupils were the sisters Annie (1856-1924) and Harriet (ca.1864-1931) Rix. These two took her brand of Christian Science and propagated it in their Home of Truth movement.

We all want and need love, yet most do not understand what love is. We look at the people in our world and we try to love the unpleasant traits that they exhibit because we love those people. If we cannot love those expressions of our loved ones, we pretend that we do and thus we have become hypocrites. In loving others, we fail torealise that they represent our own Self and that all love begins with Self-love, and Self-love cannot happen until we are centred in Self-completeness.
When we understand our own Self, our own identity, our own completeness, we will never again look to anyone for anything. So much of what is called love is not really love at all; it’s dependence, it is insecurity, and reaching out to someone to take care of that insecurity. We say that we love someone only because if we don’t say it, theywill not give us money, support, acceptance, or love. In looking at our Self as being less than complete, we have to look outside of our Self to find our good, to have our needs met.
The way to love is to use your thought to acknowledge that wholeness that is the true nature of your Self. When you do this, you are free to love others because now you are making no demand upon them. Whenever we lean upon someone, they are bound to fail us, and when they do, we no longer love them.
When you look at the people in your world and can see beyond their traits to the Truth of their Being,         then  you are free to love them honestly. There is no pretence because there is     no fear. Real love is open and honest, because it has no needs; it is not begging or seeking favours. You can love someone else only when you love your Self. If, however, you look at your Self and see it as lacking in any way, you are making judgments upon it and Self-love is then impossible.
In understanding your Self, you are identifying with the idea of wholeness that God is as you. You are actively expressing the idea of self-sufficiency, whatever that may mean to you. You are giving out instead of trying to get. You are contacting the Truth of the people in your world rather than that which is visible. When you accept your Self as the uniqueness that you have every right to be, you are then permitting the people in your world to express their uniqueness, whatever that may be. You cannot violate the law of your Being because you cannot experience anything that is not within your consciousness. When you are anchored in Self-acceptance, you are free to live honestly, with integrity, knowing that Mind is taking care of every detail in every area of your life.
Don't be a hypocrite. Know Who and What you truly are. Then you are free to love honestly, openly.